Amazing Architecture all around and Dundonians probably haven’t noticed that much of it, but if you take a minute for a breath you might be surprised whats there!

In the second episode of Dundee Architecture, we will focus on a couple of buildings slap bang in the heart of Dundee.

Sadly Dundee has a bit of history, maybe even a reputation for pulling buildings down when they clearly should have been preserved, but that’s in the past and all we can worry about now is showcasing and preserving the buildings that are still standing.

In this episode, we will look at 2 stunning buildings that Architects have designed for Dundonians to admire & enjoy. 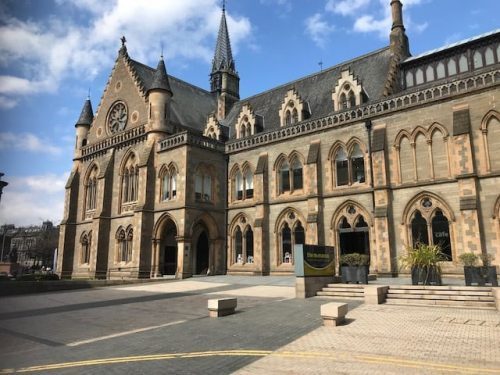 It’s currently a museum and an art gallery….a cracking little cafe too.

It started its life as a memorial to Prince Albert and construction began in 1865 and was originally opened in 1867 as the Albert Institute.

The building was the work of English Architect George Gilbert Scott, who designed St Pancras Station in London among others, read more about him here

Two extensions were added to the original building and by 1889 the building was pretty much as we see it now, between 1873 and 1949 the buildings were administered as part of the Public Library service then from 1959 has been in the care of the Local Authority. 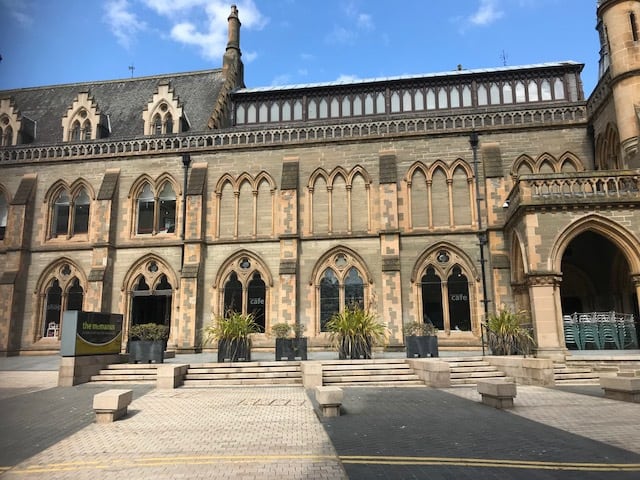 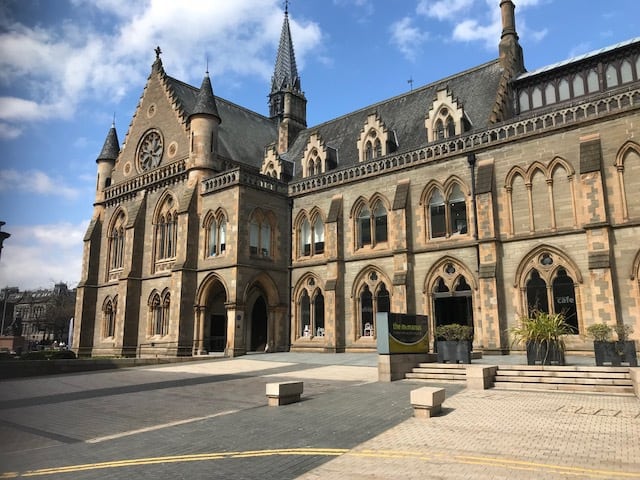 Looks Good From any Angle!

During a routine inspection in 1976 cracks were discovered in the south-east corner of the building. The subsequent survey found that the building was partially subsiding. During 1979, remedial measures of placing load-bearing concrete piles and cross-beams positioned to replace rotted timbers.[2]

The building was closed to the public on 24 October 2005 for a £7.8million redevelopment by Page\Park Architects and was reopened to the public on 28 February 2010. Currently, much of the McManus collection, which includes works by Dundee-based artists James MacIntosh Patrick and Alberto Morrocco, is located at the former Carnegie Library on Barrack Street.

It now looks fantastic from any angle and is an outstanding piece of Architecture that would grace any city in the world, Dundee is lucky to have this. 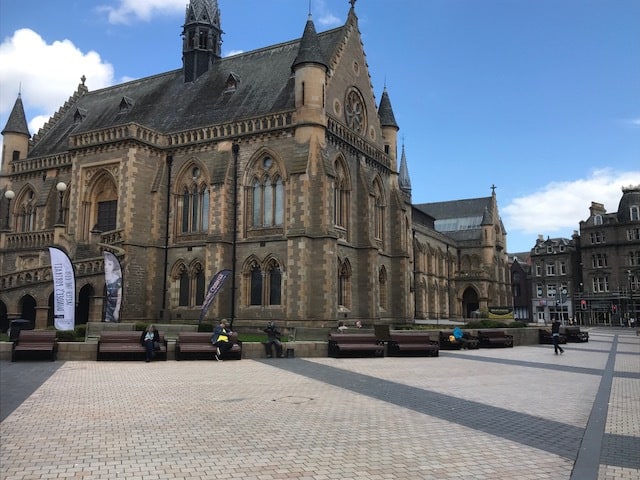 Pretty as a picture

It well worth a visit with plenty going on for everybody, including the kids.

Find out whats on at the McManus Galleries here 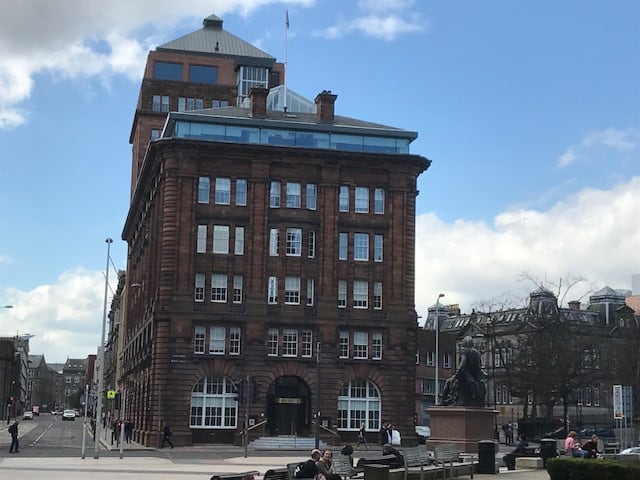 Another jewel in Dundee’s Architectural crown.

You might even walk past this every day and never look twice!

“Publisher DC Thomson said a multi-million-pound move to its refurbished Meadowside headquarters is a “vote of confidence” on its future in Dundee.”

More than 600 staff working in newspapers, magazines and digital media have relocated from the company’s offices on Kingsway East.

This building has belonged to DC Thomson for 112 years, originally purpose built in 1906 for the firm, it has changed very little on the outside.

Interestingly having been constructed not too far from its neighbor the McManus Galleries the boggy ground resulted in the first use in Scotland of Hennebique reinforced concrete piles, each supporting a load of 300 tons. 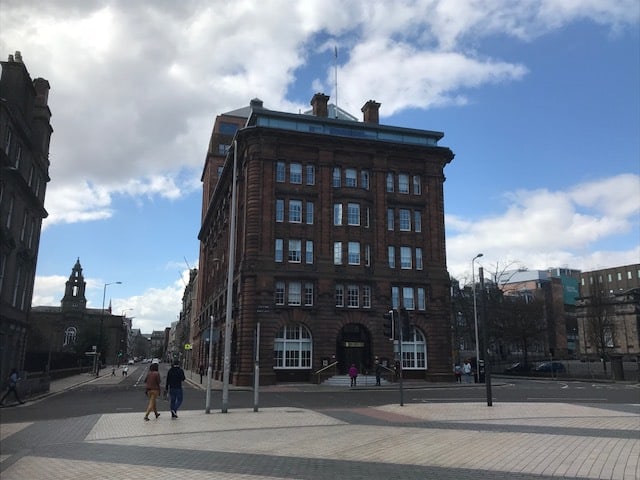 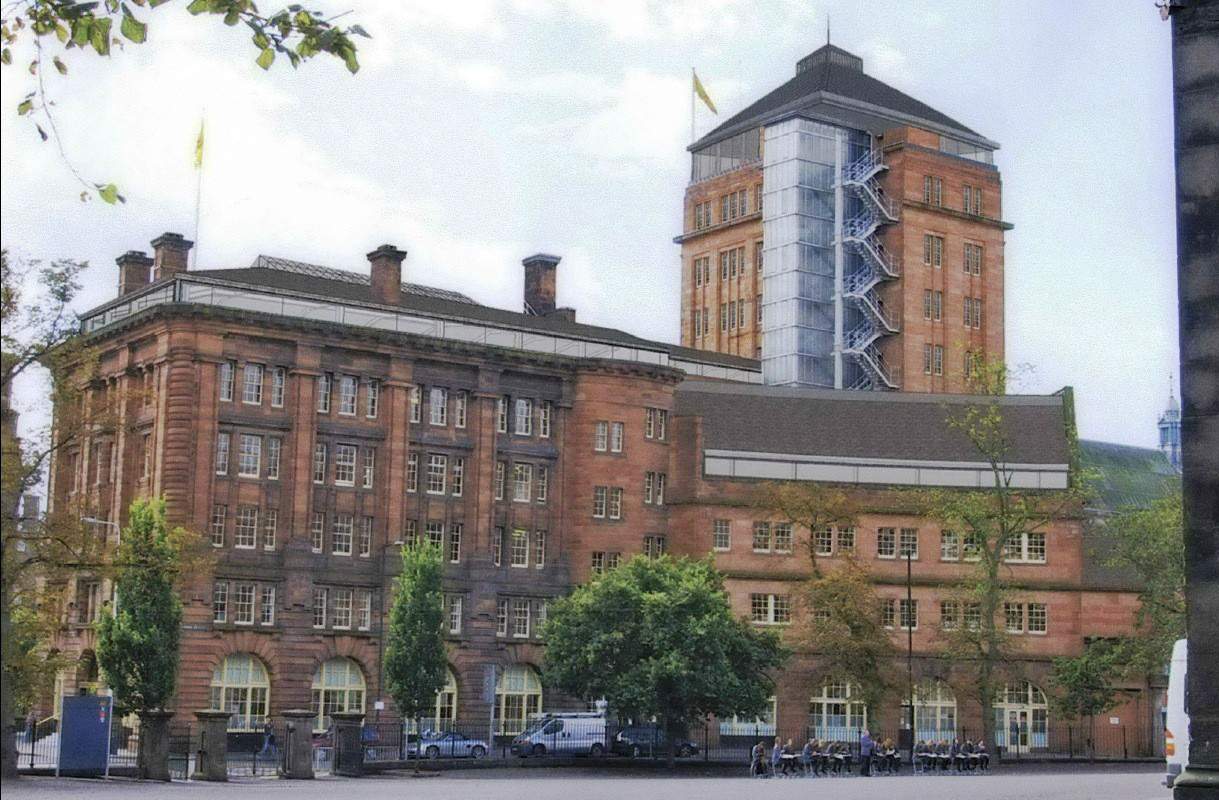 From the High School

In 1902 London Architects Niven and Wigglesworth (London), were commisioned to design this building.

The 15-month long renovation included a complete internal renovation along with new roofing.

The project aimed to make the building more energy efficient by improving the insulation, introducing a rainwater harvesting system and installing photovoltaic panels on the roof. 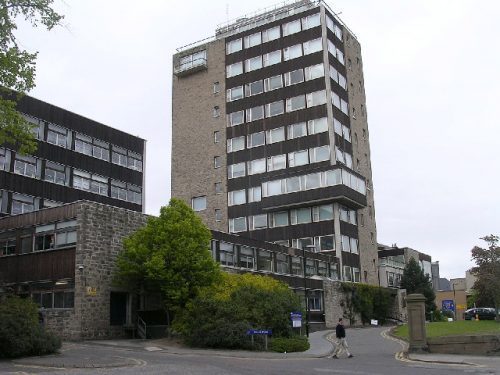 Is this another contender for Dundee’s ugliest building?

It’s not exactly easy on the eye but whether its the ugliest or not is a matter of opinion I suppose.

Maybe time for a facelift for this:)

One thing Dundee (anybody actually) can learn is not to build the cheapest thing possible, Architecture is too important… it’s our heritage.

It’s funny that generally, the ‘special’ buildings in any city are the old ones, hardly any mid to late 20th century buildings are admired.

This is Dundee’s chance to shine with the quality of the architecture and the craftsmanship reflected in the new buildings, let’s hope they get it right.

If you’re ready to move ahead with your own project and you want Quality architecture, get in touch with me on 01382 792131 or email me john@jwarch.co.uk

Find out how much I charge here